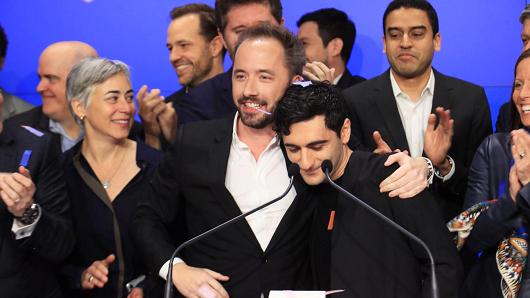 The incredibly successful Dropbox IPO changed many narratives, chief among them that Dropbox was greatly overvalued. I have tremendous respect for Drew’s resilience and leadership over the past 2-3 years in the face of skepticism and real challenges.

It annoys me greatly that Boston missed out. Like in many other cases, the Valley benefited massively from a seed that was planted at MIT, in Boston. Much of Dropbox’s early talent also had deep roots in Boston. While we must give credit to the Valley’s focus on product – Dropbox’s simplicity of function and design is not found often in Boston-based companies – people often forget that the core product is based on a set of incredibly hard technical problems. It was the difficulty of these problems that attracted some of the sharpest people on this planet to work for the company. Dropbox was at its heart a quintessentially Boston company, more so than Facebook, and for a long time boasted the Valley’s most competent engineering team.

I am thrilled for many of my peers from MIT who have done well through their inspirational work at Dropbox. I had a huge smile on my face seeing Albert Ni – one of my oldest friends and one of DBX’s earliest employees – up there on stage. I still have 100s of Dropbox t-shirts somewhere from his time recruiting at MIT 🙂

Drew and Arash have given a real fillip to the MIT entrepreneurial community, and a clear reminder that MIT startups must resist the urge to sell early. Why should we let other, larger companies exploit the massive value creation we’ve generated? I can promise I will push our entrepreneurs in this vein. I am personally motivated to have the chance to say we helped build a $10B company started from MIT, one that decided to stay in Boston, one that decided not to sell early. Here’s to Dropbox, and to an adventure that hopefully still has many years to unfold (like Pejman Nozad’s rugs)!