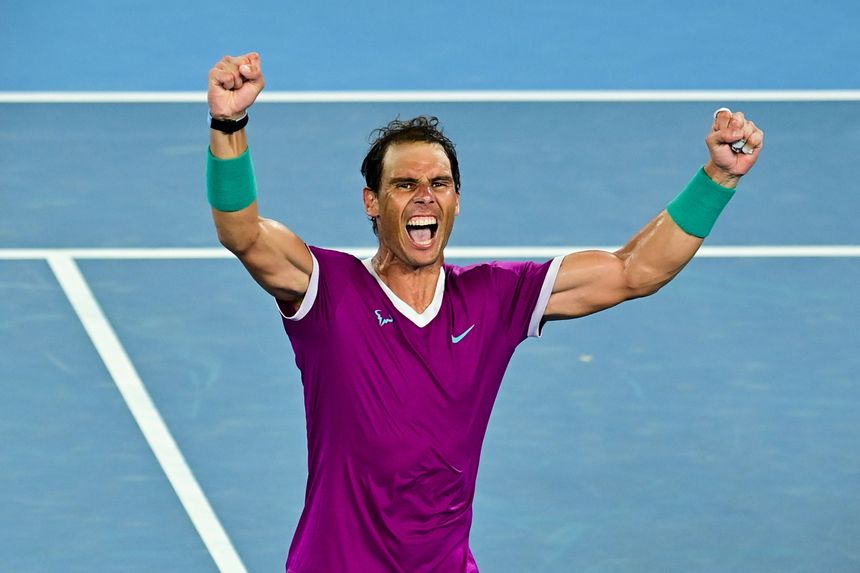 31 Jan Rafa overcomes Federer as GOAT: the value of a direct competitor

The match we witnessed yesterday between Rafael Nadal and Daniil Medvedev was a physical and mental competition for the ages. It demonstrated to us in full glory the incredibly productive power of a zero-sum rivalry, the one between Rafa and Roger Federer and the one that definitively ended with Medvedev’s final miss. It’s a lesson we can take far beyond the world of tennis.

Man is born to compete – it is wired into our brains as a survival instinct. Man v Man is a particularly special competitive instinct in zero sum situations, perhaps determining whether primitive man would eat or procreate. Yesterday’s competition was – in the narrowest sense – an epic come-from-behind victory for Rafa against the best player in the world after nearly 5:30 of match time. In and of itself, we witnessed history.

But, this match went well beyond Melbourne as it marked the end of a 16 year competition between Rafa and Roger, the man who Rafa has chased since the early stages of his career. When Rafa first started beating Federer at the French Open in 2006 (also when I became a big Rafa fan), many said he could never win away from the clay of Paris. But when Rafa beat Federer at Wimbledon in 2008, completing a closely fought 3 year journey, the rivalry became a true one, one that was purely about number of Grand Slam victories (no matter what either man says now). The GOAT debate always has been measured by Slam titles, whether it was Sampras achieving 14 or Federer achieving 15. Federer fans never actually believed Rafa would pass him; their man had the Slams in hand.

Yesterday Rafa passed him and Federer will never catch up. He has 21 Grand Slam titles, with 8 of them coming away from his favorite surface. Even as an ardent Rafa fan, it is bittersweet to witness the end of an era and of a dialogue. I have nothing much left to debate with my Federer-loving friends. Rafa persevered where Federer paved the way; Federer presented a clear, Herculean objective and Rafa happened to be Hercules.

That clarity of purpose and enormity of the task have enabled Rafa to harness his competitive forces to bring out his full potential. We must pay great tribute to this rivalry as it ends. Indeed, Federer wrote a touching congratulatory note that referenced this mutually reinforcing competitive spirit and how it made both players better versions of themselves. It is perhaps the most valuable lesson from this rivalry.

In an age where competition is looked down upon, perhaps we should embrace it if we want to achieve our potential. In startup land, entrepreneurs and venture capitalists are sometimes afraid of competitors. I love when a company of mine has a head-to-head competitor – a rival – as it defines the playing field and forces our companies to get better. You do not sit back on a Friday evening if you have a competitor trying to win your customers because your survivalist instincts, honed millions of years ago, kick in. Sometimes, as hard as it may be to acknowledge, it is actually valuable to architect zero-sum situations (even while growing the pie) because it forces us to become the best versions of ourselves.

Who is your competitor? Find one, for something worthwhile, and make it productive.