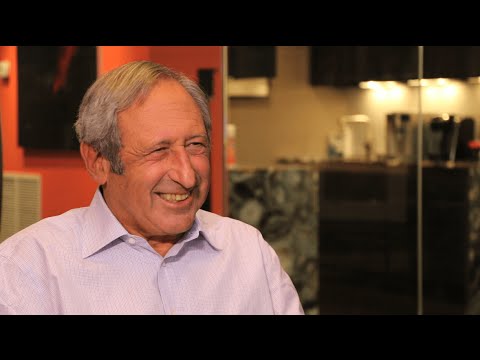 A couple days ago, Art Samberg passed away. Art was one of the most successful and genuine human beings I knew. He came from nothing, got into MIT, and went on to build one of the world’s great investment firms.

Art was one of the first people to support me when we raised our second fund. Exactly 8 years ago to the day, I met him for the first time over pizza at Za in Kendall Square. We exchanged our stories – as MIT undergrads and then of our journeys since. And at the end he said he was going to invest. He said he wanted me to build a large, lasting firm as a fellow MIT alum. While he built a massive firm, he was not able to make it last and he wanted me to do that. As a 25 year old, I felt energized by having this legend by my side.

He had a soft spot for MIT. Beyond the donations, he truly believed in MIT’s mission, its ethos, its people. I remember a lunch in Manhattan with him and Bob Millard (the MIT Chairman) – over bread and olive oil, they couldn’t help trading ideas on how to make MIT a better place. Such commitment was clearly born by the impact the ‘Tute made on all of us, but it persisted for them because of the impact they thought MIT could make on so many more.

Indeed, I’ve never met an investment titan anywhere near as nice, someone as concerned about your success, as Art. Everyone who knew him respected him for his razor sharpness, his humility, and his ability to draw your best thinking out of you in a non-confrontational manner. He would tell you exactly what he thought, but he did so with a smile.He almost always had a smile on his face – that’s the only way I can remember him.

Art was childlike in his curiosity and his passion. He would get as excited about anything that could change the world for the better as he would about something that could make money. Sometimes I would be confused by why Art was interested in the smallest of deals, but I eventually came to realize that he was just intellectually curious and determined to see value and impact where others could not.

I meet a lot of successful people in my line of work. Art was special. As I wrote to Art a few days before he passed, I’m going to miss not having his guidance as I try to build my career. His journey will live on with the next generations who received his wisdom and support. I’m fortunate to have gotten what I did and I am proud to say that I knew him. Rest in peace Art. I know you’re shooting hoops somewhere right now 🙂