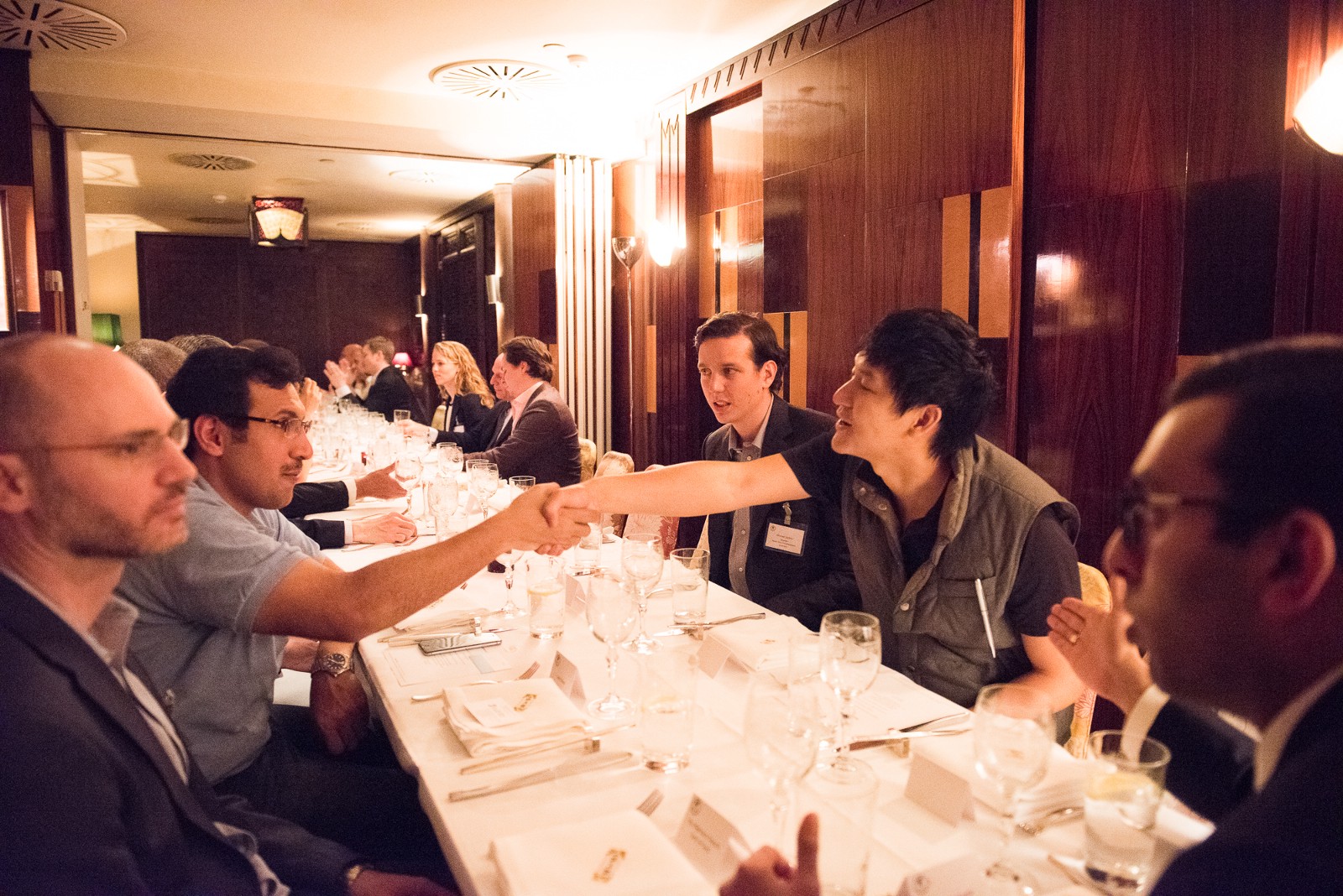 03 May Just go meet that CEO. Everything changes if you do.

Think twice the next time you fool yourself into substituting a phone call for an in-person meeting. I am always surprised when entrepreneurs turn down the opportunity for game-changing face-to-face meetings, but it happens regularly.

We held our investor summit a couple weeks ago — 35 investors and 8 portfolio company CEOs flew into London from 11 countries to spend a couple days together at the famed Dorchester Hotel. What made the event incredibly potent was clearly the live interaction it enabled. 45 people creates nearly 1000 possible unique (pairwise distinct) conversations! We kept 8 hours aside for various forms of open conversation on the main day, with the highlight being a dinner at which we had 40 people seated together on a very long table.

We relied on a very basic concept: when people from different walks of life have a chance to meet in person under a common umbrella, their instinct is to find something in common. This instinct heightens with the effort invested. In this picture you have my old middle school friend (who later joined me at MIT and then dropped out to be an early employee at Dropbox) greeting the head of investments at a massive conglomerate owned by the Kuwaiti royal family. The handshake says everything. Their backgrounds are as different as can be, but they both made an effort and found something to learn from each other.

In 10 minutes face-to-face, human beings can form connections, can achieve a depth of understanding that would otherwise be impossible. Indeed, a study published in Science last month out of Stanford and UC Berkeley showed the same. These interactions also open up new opportunities; 2 molecules only react while being in the same physical space, and their connection enables other chain reactions. As remote working is becoming more popular, no one should forget the power of human interaction and its effect on collaboration, creativity, productivity, and happiness. Do you ever remember a great conference call you had? But how many great meetings can you play back from memory?

I often remind our entrepreneurs how much an in-person meeting can mean to customers. It is easy as an entrepreneur, with a million things to do, to de-prioritize an in-person meeting. We are always stretched thin and, more often than not, exhausted. But I tell them to fly across the country (and occasionally outside of it too) if it means 30 minutes face-to-face with the CEO of a large potential customer. That meeting shows them you care, it shows them you want their business, and it shows them how much you believe in yourself and in the potential of the partnership. That meeting could overturn a bias against you or it could create bias for you. It could turn a 9 month sales process into a single phone call from the CEO.

Such meetings have changed my own company’s trajectory. I remember the meeting where I convinced my banker to go against her boss and give me a company-saving loan, based on a single in-person meeting. I remember the meetings with an Omani prince, for which I traveled out to his office in Muscat; these meetings eventually turned the Sultanate of Oman into a great partner to our company.

It kills me when I see a founder delay that critical in-person interaction until it is too late in the game and then watch a competitor walk away with the contract. If the return of spending the time looks so good and the risk (of loss) of not doing it is so large, act rationally. Just go.