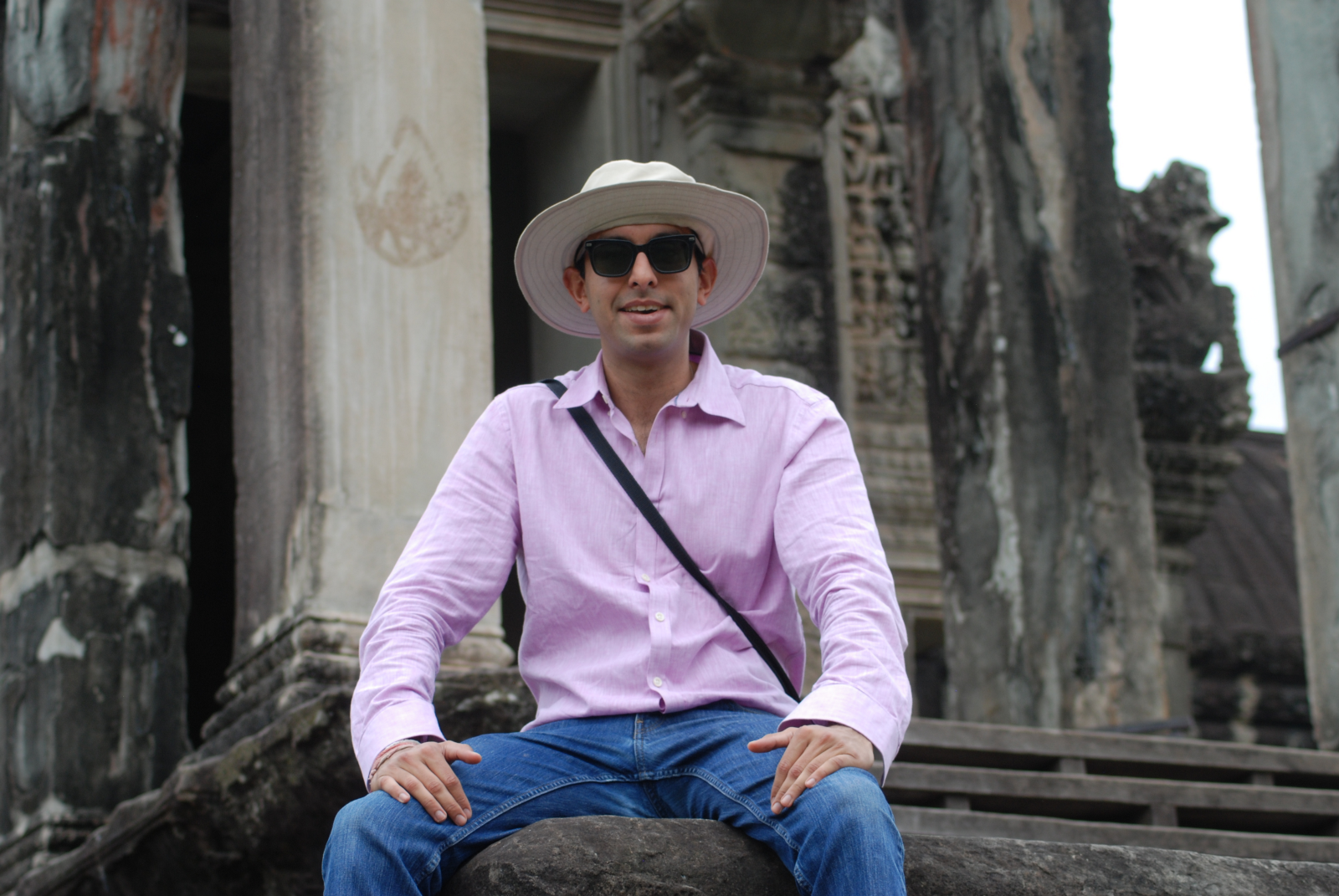 I’m sitting in Siem Reap, after a phenomenal vegan Cambodian meal and a day of childlike excitement amidst the temples in Angkor. I can’t think of many better ways to end and begin a year than to be in an ancient megalopolis that was an imperial capital for over 600 years and houses some of the world’s most awe-inspiring spiritual monuments. I am left with the wonderment and white space to reflect on the nature of 2016, and on the prospects for 2017, which marches ever closer.

2016 was a great year. Well, it was a terrible year, according to most people on my social media feeds. But I have a contrarian streak, so I have to say it was my best year thus far. It was a year of great progress for Romulus, I had the chance to expand my horizons, and I experienced some meaningful personal growth along the way.

I would be remiss if I didn’t open by addressing the political dialogue that captures the world’s attention. The Obamas will leave the White House in 3 weeks and we all wonder what comes next. I am an optimist by nature, so I am keen to find opportunity even when the times may seem bleak. My glass half- full perspective on recent political events is that politics needed to be shaken up. I, too, tired of Washington in deadlock, of people I generally didn’t consider all that bright, accomplished, or independent dictating the direction of the country. If nothing else, the election outcome forces us to think about what we actually want, rather than accepting status quo ad infinitum out of inertia. That is certainly the case for me — I hadn’t given any policy any serious thought before November; I expect to discuss specific policy in greater detail with friends — likeminded and contradictory — in 2017. Beyond that, it is everyone’s duty to argue for the beliefs and values we hold and wish the country to hold.

This year, Romulus turned 8, the length of a traditional economic cycle. We closed our third fund and crossed $150M in AUM. But, honestly, who cares? The year was defined far more by all the conversations I had in the trenches with our entrepreneurs. We realized very early that the market wasn’t too hot (anymore) on companies with poor unit economics. If a company couldn’t chart a path to profitability and had to rely on the capital markets, it was likely toast. Our companies generally have great unit economics. But the hundreds of strategy sessions I’ve had this year with our CEOs on how to optimize every lever — ARPUs, LTVs, CACs, anything to get us a couple percent more on the gross margins — has defined my perspective of this past year. That relentless focus on fundamentals puts our companies in positions to better predict and potentially dominate in the year ahead. I’m really excited about another 12 months of trench warfare — methodical forward progress while intuitively, impulsively finding ways to advance our positions in step functions. That intersection is where I love to be.

I passed through 10 foreign countries this year. I was blessed to have stood in front of the Acropolis, l’Arc de Triomphe, the Taj Mahal, and now Angkor Wat in just the past 6 months. That’s a fair bit of collective historical achievement putting me in place, constantly reminding me how small I am, and how much greater the road ahead can be. We held our first global investor summit this year — in London. We know the future looks increasingly global and we are keen to engage our hard-won global investor base in our thinking and doing both now and in the future. I want to stay global — geographically and otherwise — in my thinking in 2017.

2017 holds special significance for me, as I will turn 30 mid-year. I’m obsessed with time — the finite nature and optimization of the same. Hitting age 30 is genuinely frightening. I’ll no longer be a young man who gets away with wide-eyed curiosity when approaching highly respected individuals. So many of the greats had accomplished far more than have I by the same age. I’ve not achieved what I set out to achieve when I was 20. That being said, if I compare my bank of experiences to its balance 10 years ago, I realize that I am incredibly fortunate to have carved a very unique path full of learnings. For example, I have learned that existential crises must be fleeting, and thus I must impose myself on the moment, any moment, if I am to capture the future. The moment at hand must not be treated in bad faith; we must be authentic with ourselves. I will try to keep doing that in 2017.

In that vein, there is a familiar feeling that has been intermittently gnawing away at me this year, telling me that I’ve not been living entirely authentically. I had promised myself when I founded Romulus that I would weave “giving back” into the fabric of who we are, into our DNA. I was inspired in this vision many years ago by reading about the Tata Group, one of India’s largest conglomerates. I didn’t want to wait until we had made a lot of money, and I didn’t want to simply donate to a few organizations like everyone else does. As well-educated, well-connected, and well-meaning leaders, as young and ambitious entrepreneurs, we must be playing a greater role in ensuring a positive future for our world than simply writing checks. The latter feels like “betting” to me, and we’ve always embraced “building” instead. I’ve not done either to the extent I should, and perhaps I’ve deluded myself into settling for the positive externalities of helping create new technology enterprises.

I don’t make New Year’s resolutions every year, as I don’t like doing things for the sake of doing them. This year, however, I am committing to finally launch a platform that enables us to give back in our own unique — and, initially, small — way, and one that weaves that ethos into who we are, and will be for many years to come. Doing, rather than discussing, seems to be a better way to enact change in a changing world.

Stay tuned for more and have a wonderful New Year’s celebration!