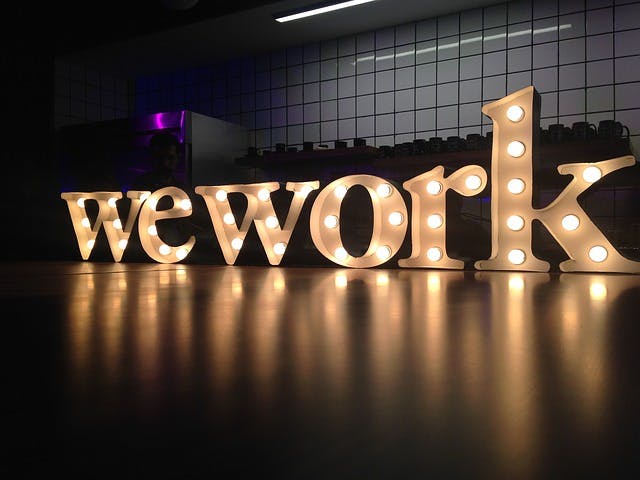 Even in a time of widespread overvaluation and non-tech companies masquerading as tech companies, WeWork has always struck me as a concerning outlier. This concern became much more personal a couple years ago when the We family aggressively tried to acquire one of our portfolio companies.

At the time, WeWork was flying high post-Softbank investment. They had grown to impressive scale with an equally impressive ambition to growth further. They were wisely going around leveraging their overvalued stock to acquire interesting companies. Adam and his team worked hard to sell a vision of unifying the world under the “We” platform as they put down an offer that involved a fair amount of WeWork stock. I was cornered by Adam 1-on-1 for a couple hours; as the lead investor and board member, I was responsible for helping the company make the decision. They gave our company the option of taking cash, but the cash amount wasn’t interesting enough to justify selling the business and WeWork didn’t have much more cash.

So the question for all of us was: how much will WeWork stock be worth if/when it goes public? Adam told us Goldman bankers had put together analysis that showed the company would be worth $90B within 2 years (it sounds like the most recent presentation had Goldman pitching $65B to Softbank management), that the We platform would dominate the world, and so on.

For a while, our company’s management team was rather enamored by the idea of working at WeWork’s scale and seeing 4X appreciation on the amount of stock being offered. Understandably so! WeWork has created a category and is touching companies large and small around the world. That kind of reach provides enticing synergies for any startup.

But synergies need to be valued correctly – the deal has to be right and WeWork’s stock as a currency was not as strong as they wanted it to be. With the markets speaking truth, it’s clear now that the decision not to sell was the right one. WeWork could certainly still be a successful business but at a much reduced scale/growth and certainly a reduced valuation; the path to even a 2X from where they were 2 years ago will take a very long time if it ever comes to fruition. It could also go to a 0. I feel sorry for the founders who did end up selling their companies for WeWork stock at that valuation; they sold their dreams for depreciating common stock of a company that has a massive preference stack.

M&A is challenging for any company in any industry. Rarely is it value-accretive. But it can be particularly complex for early-stage companies that have management teams with no experience in the craft. Having investors or advisors who have experience in M&A and the capital markets can be a powerful advantage. We try our best to help our companies be thoughtful and data-driven on the buy-side (rolling up or merging with other startups) and on the sell-side if necessary!

I am intellectually very curious to see where WeWork goes from here. They have a phenomenal team of bankers from my alma mater JPMorgan helping them. My instinct is they should have allocated more cash toward buying true tech companies rather than toward long-term leases; getting out of being a real estate company was their only chance to get the valuation multiples they aspire to.